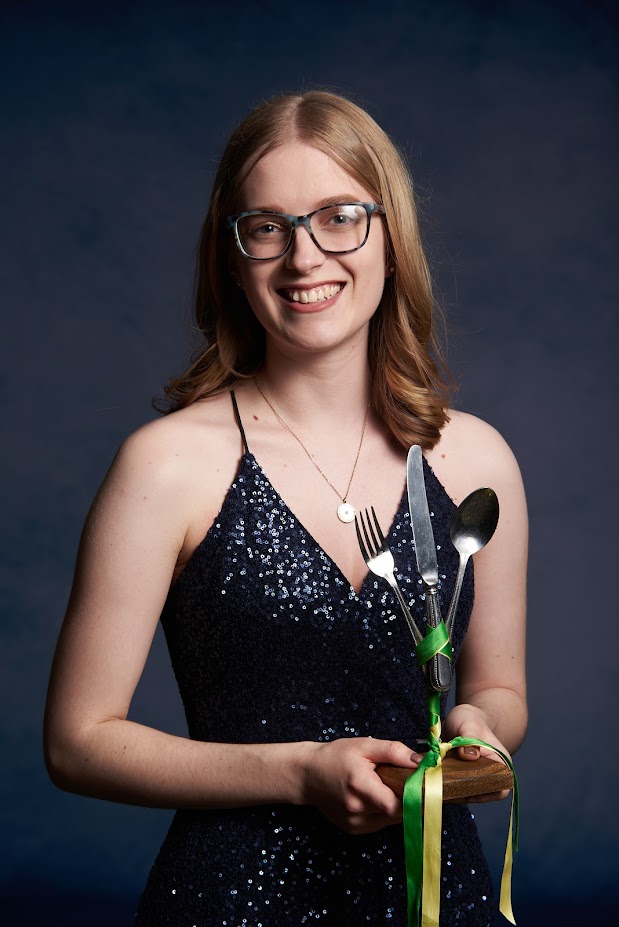 At SSAGO’s return of the first dress-up ball since before COVID, Jude Blamire became the 12th recipient of the Cutlery Cup, for her outstanding dedication to SSAGO both nationally and locally.

At Once Upon A Ball 2022, Team Pink announced the winners of this year's Cutlery Cup!

Introduced in 2007, the Cutlery Cup recognises the dedicated and lasting commitment of each winner to SSAGO as well as Scouting or Guiding. The Cutlery Cup was very competitive this year, with a number of excellent nominations being submitted - but in the words of a certain cheesy 80s film, "there can be only one!" 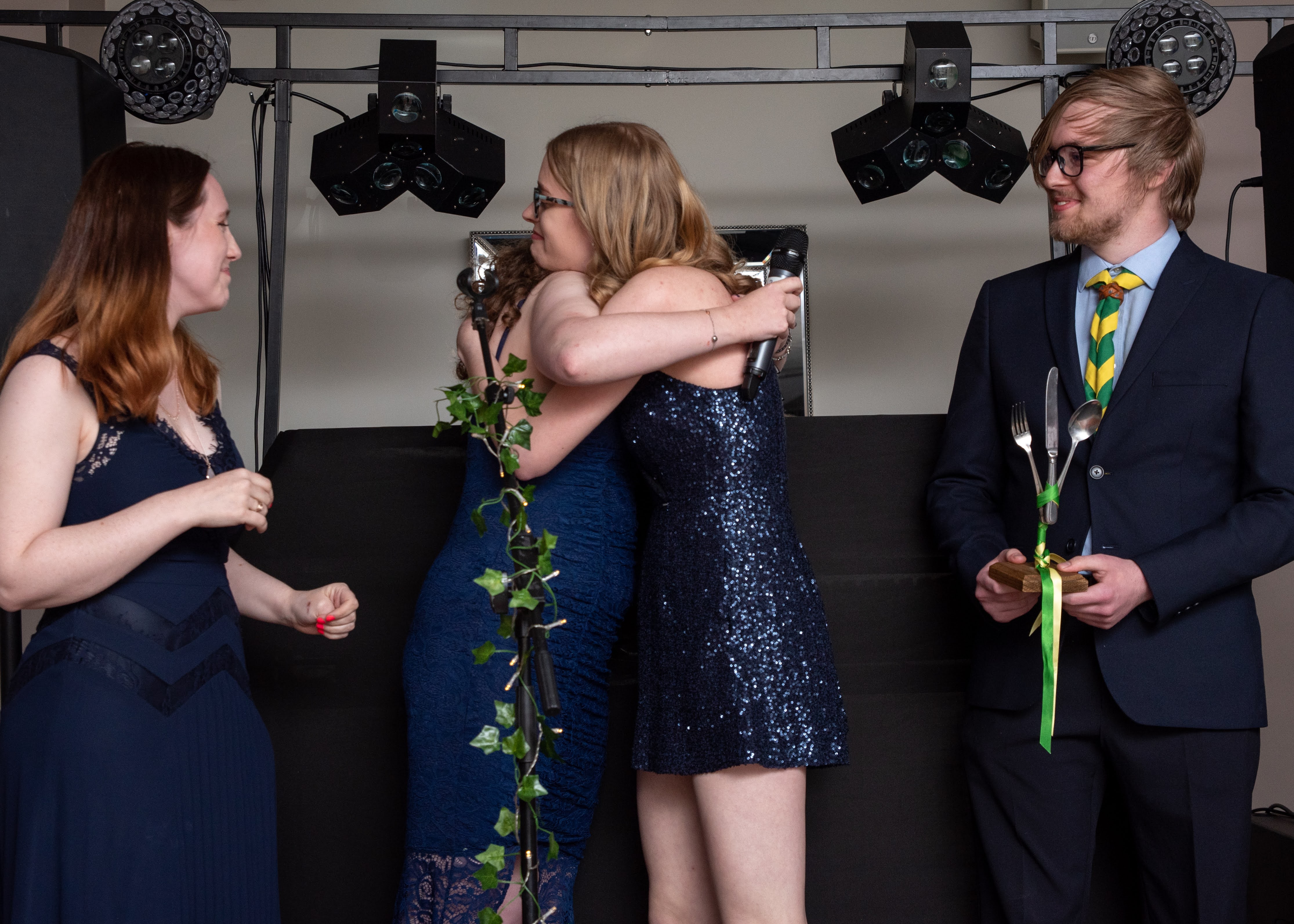 Jude thanks her nominators before accepting her award

We were pleased to announce at Once Upon a Ball that Jude Blamire, from Birmingham Universities Scouts and Guides (BUSAG), was this year's recipient of SSAGO's most prestigious award. Amy Knight and Anna Matthews, both also from BUSAG, spoke very highly about Jude, both through their nominations and on the stage at the awards ceremony, stating that she has "consistently gone above and beyond to make sure that each member of BUSAG is able to come and enjoy the meetings and events we organise". 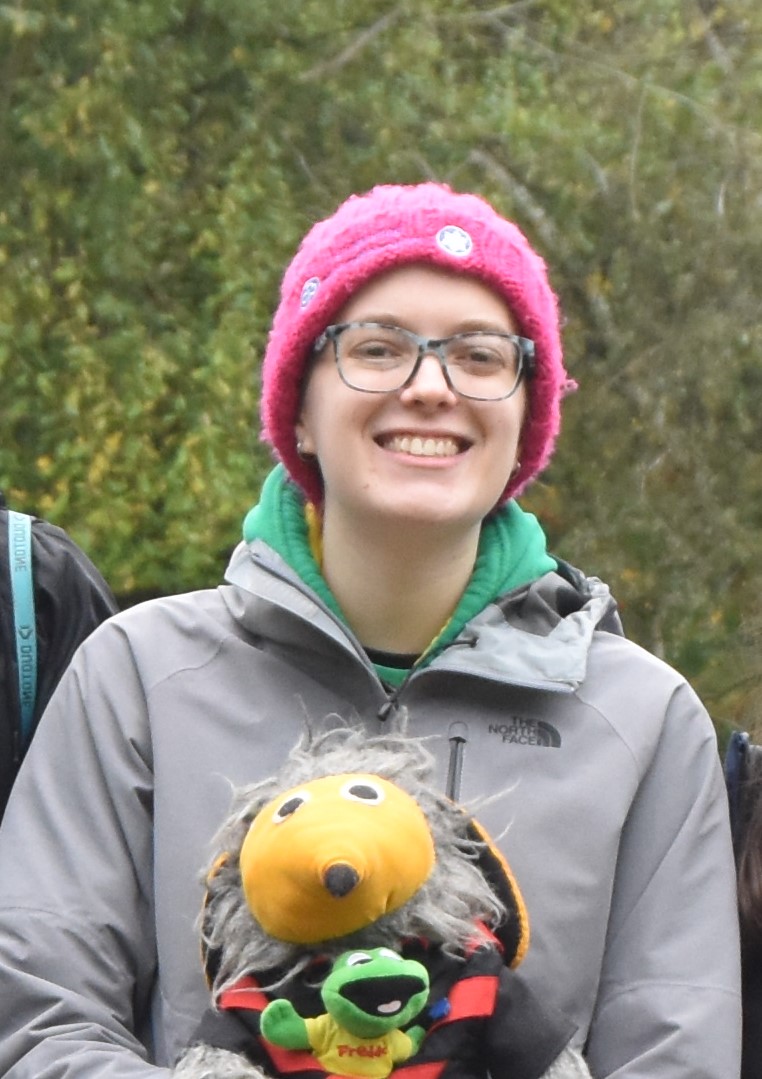 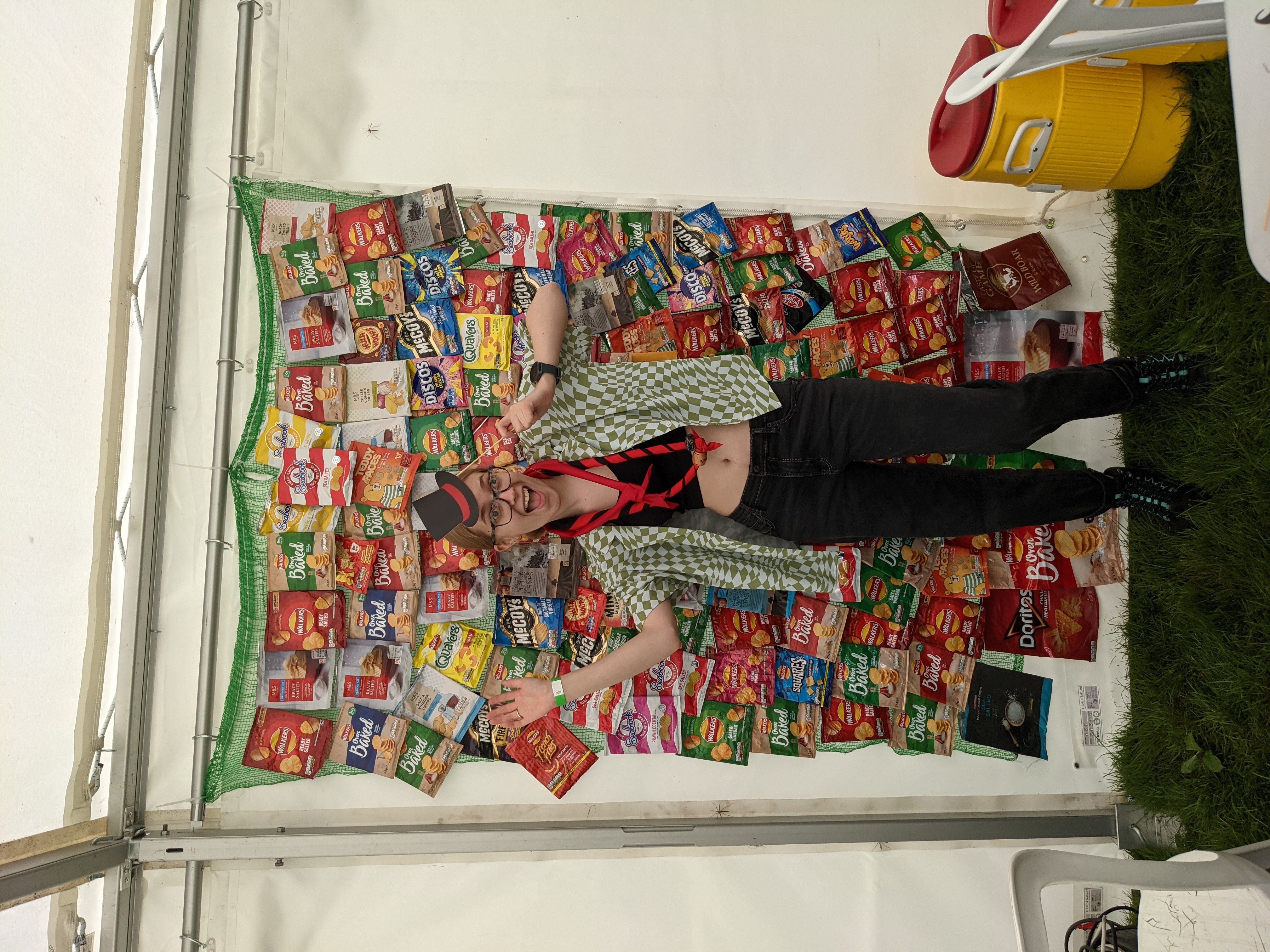 Jude has been on the committee for BUSAG since 2019, and served in the last year as Chair. Anna says, "I nominated Jude because I couldn't think of anyone more dedicated to SSAGO. She worked so incredibly hard on Womball and pulled off an amazing event despite all the uncertainty over covid and armed police and a peregrine falcon arriving at the campsite during set up. She also is an amazing Chair for BUSAG. We've had an amazing programme this year and have maintained new members. This has been because of Jude's meticulous planning and (at times scary) organisational skills. She has worked hard this year to make BUSAG accessible and fun for everyone and it's clear that has really paid off" 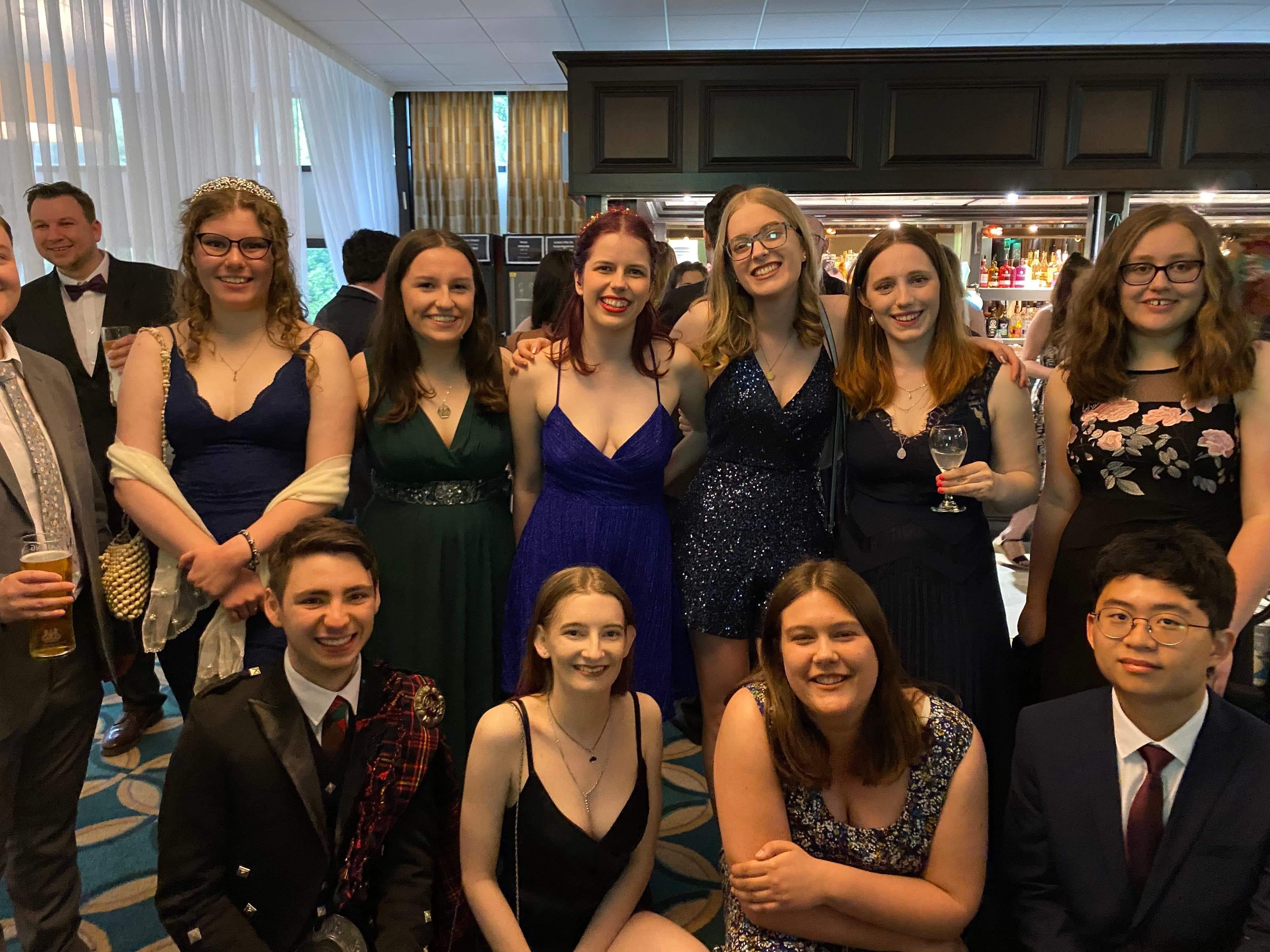 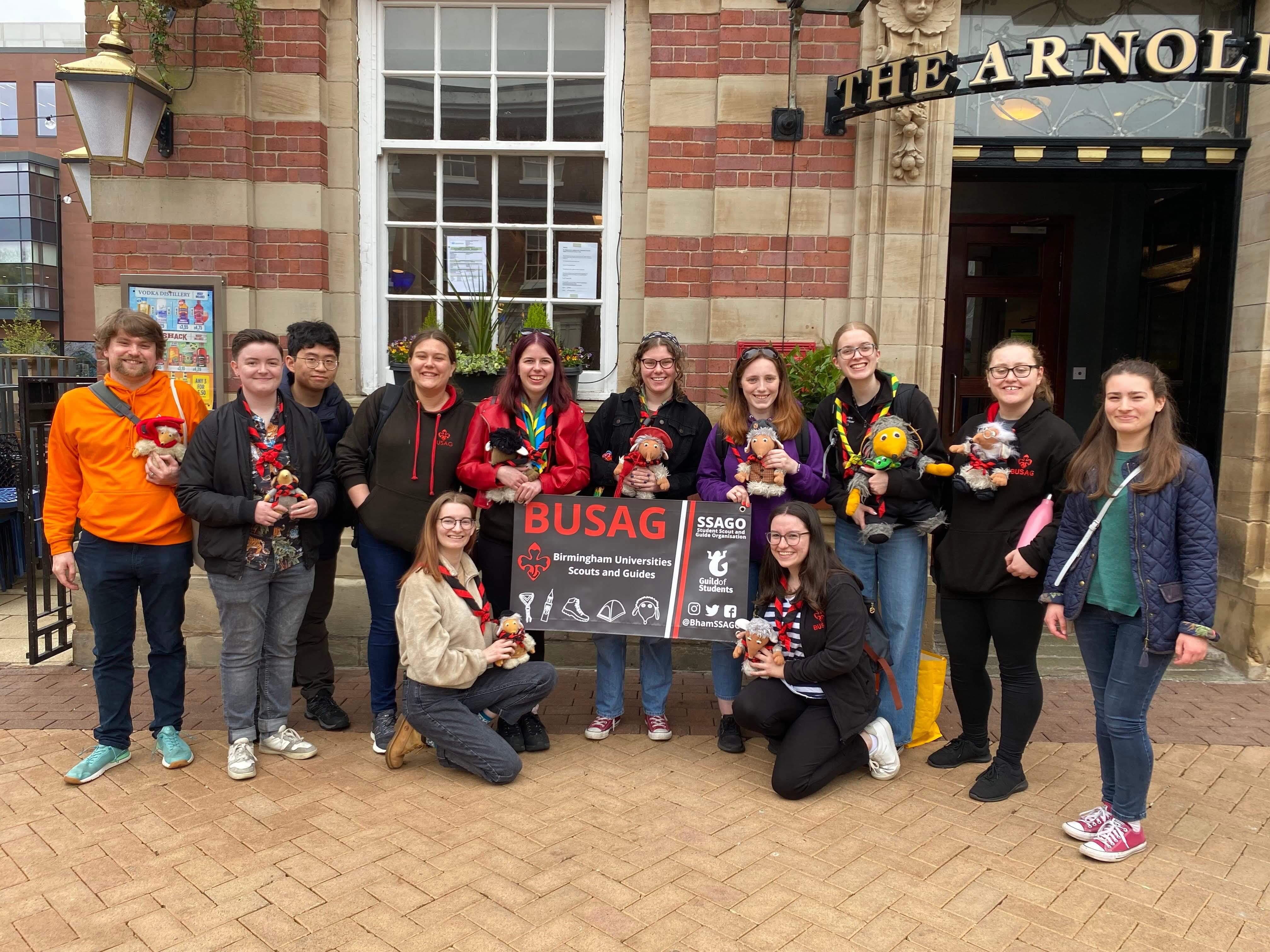 Outside of SSAGO, Jude has volunteered at a Brownie group throughout the pandemic and kept her home unit alive via Zoom, when they didn't have a permanent leader, and she also helps out with a Rainbow group in Birmingham. 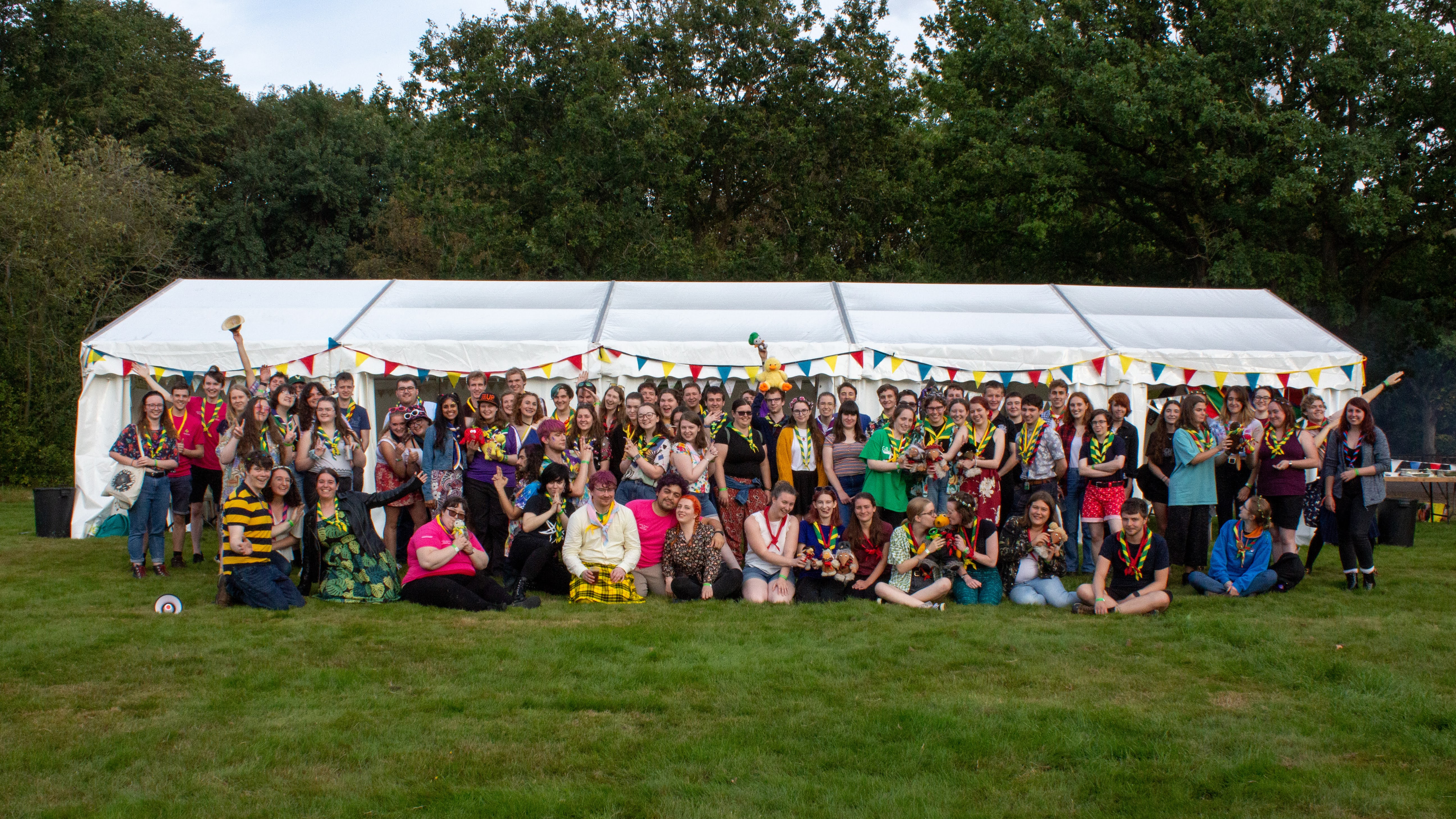 Jude was the Chair of WomBall 2021, the first major in-person National SSAGO event since the Covid-19 Pandemic began, where she jumped though all the COVID-19 related hoops and obstacles that the pandemic brung. Despite this, and under her direction and dedication, WomBall was an immense success and helped shape the way for SSAGO leaving pandemic times and returning to "normality", for a given value of normal - we are SSAGO after all! 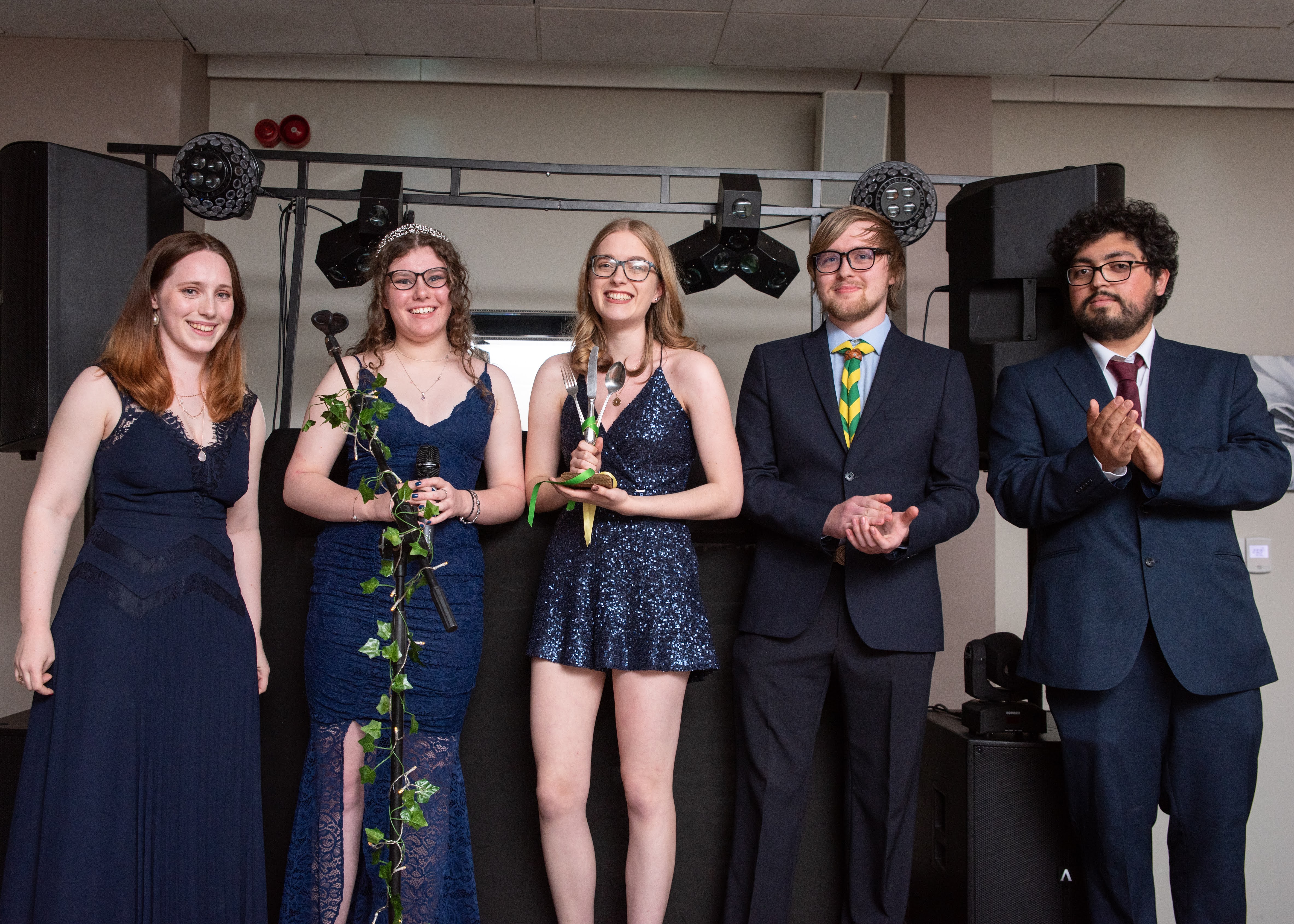 From left to right: The nominators Amy and Anna, Jude, and the chairs incoming and outgoing (Thomas and Samir)

We'd like to congratulate Jude for her very well-deserved reception of this year's SSAGO Cutlery Cup. Please don't use it as a replacement for forgotten camp cutlery though!